A Canadian man detained in Indonesia is approaching the end of the maximum holding period, but could be facing another 30 to 60 days in jail.

The Burlington, Ont. teacher has been jailed in the Indonesian capital of Jakarta for nearly two months. 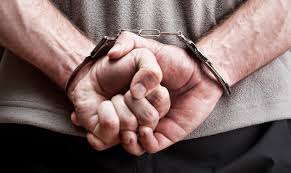 Neil Bantleman, 45, was arrested during a police investigation into alleged sexual assault of three kindergarten students at the Jakarta International School, where he was teaching.

According to a report in the Jakarta Post, six cleaners hired via an outside company were arrested for allegedly raping a boy in a school bathroom earlier this year.

Following the arrests, the parents of two other students came forward, claiming that their sons were sexually assaulted by teachers. Bantleman was arrested along with Indonesian teaching assistant Ferdinand Tjiong, but no charges have been laid thus far.

Under Indonesian law, Bantleman can be held for 60 days without charges. Thursday will be Bantleman’s 60th day in jail.

“It’s mindboggling that this investigation has continued to drag on,” Bantleman’s wife Tracy told CTV News Channel on Monday.

She said, a couple of weeks ago, the police handed a dossier to the public prosecutor, who had approximately 14 days to review the file. Tracy Bantleman said the file was sent back to police, and five more staff members of the school were interviewed. Since then, she said she hasn’t heard anything.

Despite the usual 60-day limit, 30-day extensions can be granted by the South Jakarta Constitutional Court. After that, another 30-day extension could be approved, Tracy said.

In a letter dated Aug. 14 and addressed to Prime Minister Stephen Harper, Neil Bantleman said he and his colleague have been “wrongfully accused” of crimes “in which we took no part in.”

“There isn’t a single person that I’ve talked to that has asked me a question and that has doubted their innocence,” Tracy said.

Bantleman and Tjiong could face up to 15 years in prison if convicted.