While the vast majority of schools currently run background checks on teachers, they aren’t the only people who work closely in some cases, too closely with students. The following two cases from the Southern California area will show why schools should have the same standards for criminal background checks on volunteers and contractors as they do for teachers. 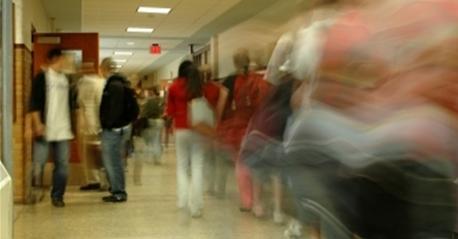 In the first case, San Diego-area school officials were forced to review their policies for background checks on volunteers after they learned an un-registered 63-year-old sex offender had worked with students for several months as a volunteer music coach. The man was arrested recently on suspicion of failing to register as a sex offender and was taken into custody. Sex-crimes detectives were then notified about possible inappropriate conduct between the man and a student at the school where he worked once a week after regular classes ended.

This was not the first time the man had been accused of failing to register as a sex offender, as that was among the charges facing him in 1999 in connection with the molestation of two teenage boys. He pleaded guilty in June of that year to two counts of child molestation.

The contractor was arrested a day after the assembly and was later tried on charges of inappropriately touching five girls during the presentation (he was later acquitted on three of the four charges, with the fourth ending in a deadlocked jury). At his trial, prosecutors said the accused man’s criminal history included a 1996 arrest for lewd conduct while parked in front of a playground, a felony count of possession of a controlled substance with intent to sell that same year, and a two year prison sentence, according to court records.

Protecting children and teenagers from the unthinkable should be the top priority for schools, and their background check policies must extend beyond teachers to include volunteers and contractors.