A married high school teacher from Washington state accused of having sex with her 15-year-old student pleaded not guilty today to child rape charges.

Stephanie McCrea, 35, a drama and English teacher at Evergreen High School in Vancouver, was arrested in late January on suspicion of carrying on a sexual relationship with a teenage boy. 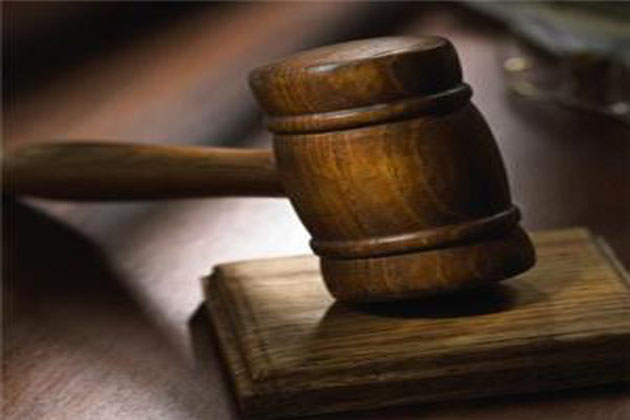 On Wednesday, Miss McCrea arrived at Clark County Superior Court dressed in all black, with her attorney by her side, and entered not guilty pleas to four counts of third-degree child rape, four counts of first-degree sexual misconduct and tampering with a witness.

About a dozen people, including McCrea’s family, friends, and current and former students, attended the formal arraignment to offer her their support.

One of the people from the audience was seen approaching an emotional Ms McCrea and giving her a hug.

According to court documents shared by The Oregonian around the time of the teacher’s arrest, the teenage victim told authorities that he met the married mother of one four or five times each week in her office, where they would kiss before school and after drama rehearsals.

He also said that she performed oral sex on him at school before the Christmas break, and over the vacation, she allegedly collected the boy and took him to her home for sex.

They then met up with other drama class students and went to a movie, with the permission of the boy’s parents, according to the court documents.

Once they returned to school after the break, they had sex on the campus, the boy told police.

The victim even agreed to set up fake Facebook accounts so they could exchange messages while avoiding detection, she said.

McCrea, who was hired by Evergreen High School in 2006, was put on administrative leave after officials learned of the alleged affair – but the sexual abuse continued, Banfield said.

McCrea’s attorney, Steve Thayer, said McCrea and her husband separated in December and that she attempted to take her life two weeks before her arrest. The estranged couple have a nine-year-old son together.

According to the woman’s attorney, she started suffering mental health issues after a car accident in 2012.

Principal Lisa Emmerich shared ‘the disturbing news’ of McCrea’s arrest in an email to parents, reported The Columbian.

Emmerich explained that as soon as administrators learned of the accusations, they contacted Vancouver police, who launched an investigation. The school continues to work with the police.

McCrea was hired by the school in 2006 after passing all necessary background checks, she said.

‘At this point, no other students have been identified or come forward with additional information or allegations,’ her letter read.

Property records listed her as living with a 34-year-old man in Vancouver. Students also told KOIN6 that she has one child.

Most recently, she directed a student play called ‘The Investigation’ and afterwards, she took to the theatre department’s Facebook play to gush about the show.

‘I could not have asked for a better experience as a teacher and director. Thank you all,’ she wrote.

The allegations against Stephanie McCrea have left the Evergreen High School community divided.

Becky Young, whose son was in McCrea’s class, was in court for her arraignment Wednesday. She said news of the drama teacher’s arrest ‘crushed’ her son.

‘My son considered her a friend and that’s where the line has been blurred,’ Young told The Oregonian. ‘It’s frustrating because the truth is out there. My son looked up to her and she abused that right.’

Kimberly Boucher, an alumna of the school who worked on theater productions under McCrea, came out to support the suspended teacher, saying that she is still standing by her.