A former teaching assistant in Arlington, Massachusetts, has been charged with the sexual assault of a child under 16.

Thirty-six-year-old James Henry Martin III of Woburn was arrested Thursday afternoon. Police say the victim was once his student at Ottoson Middle School, and that he later contacted the victim on social media. 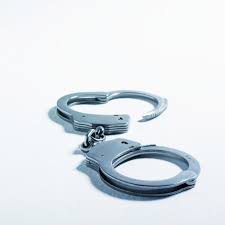 “This is a deeply disturbing case,” said Arlington Police Chief Frederick Ryan in a statement. “We allege that an adult sexually assaulted a minor and violated the trust placed in him to care for children.

According to police, Martin assaulted the victim in a parking lot before leaving the child at a restauraunt.

School officials say they are cooperating with the investigation.

“The safety and welfare of our students is always our highest priority,” said Superintendent Kathleen Bodie in a statement. “We will take whatever steps are necessary to protect and assist our students and their families.”

Bodie added that Martin, who was a substitute teacher, resigned from Arlington Public Schools in June of 2013, and that all employees are required to pass criminal background checks.

Martin is charged with aggravated statutory rape and enticement of a child under 16 for sex.