The victim in the sexual assault case against a teacher at Convent of the Sacred Heart in Greenwich was 11 at the time of the alleged incident, according to to Greenwich Time.

Maida, a Danbury resident who turned himself in to police in March, continues to vehemently deny the charges, Greenwich Time said after obtaining the arrest warrants. 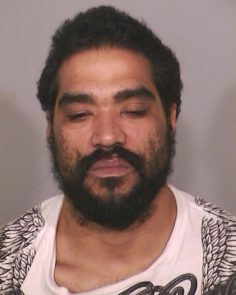 The alleged incident took place in the fall of 2009, according to a release from Convent of the Sacred Heart.

Maida, who has been employed by Sacred Heart for 17 years, has been placed on administrative leave, pending further investigation.

The victim claims to have been tutored after school by Maida, which led to the incident, according to Greenwich Time. However, there are no school or personal records that show Maida ever tutored the girl.

The investigation also discovered that the girl was dealing with the death of her younger brother at the time of the 2009 incident and that she spent time at a psychiatric facility in 2011 after claiming to hear voices, according to the article.

The state reportedly investigated allegations of child abuse at home during her time in the psychiatric facility, Greenwich Time reported.

Convent of the Sacred Heart is an independent, Catholic day school for girls from kindergarten through grade 12 with a coed preschool and prekindergarten, according to its website. Maida was also an athletic coach at the school.

Maida has been charged with second-degree sexual assault and risk of injury to a minor, according to police. Both are Class B felonies. He was was released on $50,000 bond and will appear next in court on June 17.