Corrie Anne Long, a Texas middle school teacher, faces criminal charges after a student told police that she had performed oral sex on him in the classroom.

Authorities say the student in question is in eighth grade. 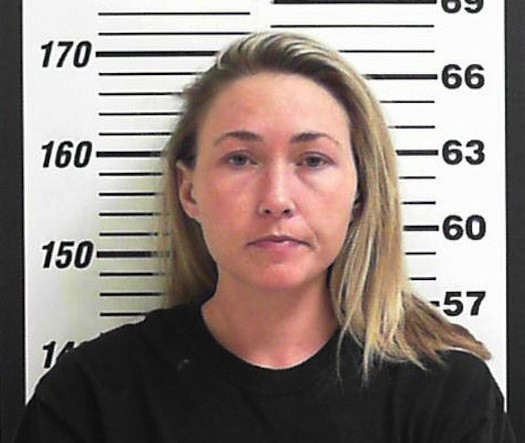 Long, 43, is charged with sexual assault on a minor under 17 and improper relationship with a student at Hopper M.S. in Harris County, northwest of Houston.

Administrators contacted police after one of the alleged victim’s classmates told a teacher he saw Long and the student engaged in “suspicious horseplay.”

Yes, that was the term used to describe it apparently.

According to court documents obtained by the Houston Chronicle, the student said he saw the alleged victim spanking the teacher’s rear end.

He also saw the teacher sit in the student’s lap.

“The teacher, it sounds like, had some sort of supervisory role over the student at some point and time and an inappropriate relationship was spawned from that.”

When interviewed by police, the victim told investigators that he had known Long since he was in 6th grade, and that she was currently his math teacher.

He told investigators that Long performed oral sex on him in November 2013 while the pair was alone in her classroom before Thanksgiving break.

Prosecutors think inappropriate contact happened more than once, and Long was removed from her position once the allegations came to light.

She is reportedly on administrative leave. Long was released on $30,000 bond, according to Houston media. Her next court appearance is set for April.