After Arrest Of Teacher, Questions About Vetting

In the wake of the shocking arrest last week of a yeshiva teacher and youth worker for possession of child pornography, attention is turning to how day school — and indeed, all — teachers are vetted, and how to balance the need to ensure children’s safety with legal concerns about discrimination and privacy.

Evan Zauder, a sixth-grade teacher at the Modern Orthodox school Yeshivat Noam in Paramus, N.J, was arrested last Thursday after a tip led the FBI to his Manhattan apartment, where agents reportedly found on his computer hundreds of images and videos of boys engaged in sex acts. If convicted, Zauder faces up to 10 years in jail and a maximum fine of $250,000. 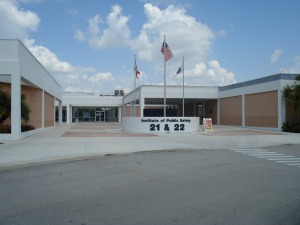 Zauder, 26, has a history of working with young people, as a former youth director at Congregation Bnai Yeshurun in Teaneck and a former part-time youth director at Hebrew Institute of Riverdale in the Bronx and with Bnei Akiva, a Modern Orthodox Zionist youth group. He also is in the master’s of education program at New York University, where he is a Jim Joseph Foundation fellow, and is a rabbinical student at Yeshiva University’s Rabbi Isaac Elchanan Theological Seminary.

In a statement reported in the Teaneck Patch, Yeshivat Noam’s principal, Rabbi Chaim Hagler, said that, “At this point, we have no reason to believe that any of our students are in any way involved or directly affected.”

The Jewish Week knows of no reports indicating that Zauder has actually molested a child. However, a Google search by the paper of his AOL Instant Messenger screen name — which appears next to his real name on a message board for Teaneck Youth Directors and on a website for Congregation Bnai Yeshurun — turns up a list of links that contain that screen name, as well as descriptions that indicate that the sites they lead to display pornographic images or videos. Some of these have the word “teen” in the title (which does not necessarily mean that those pictured on these sites are in fact underage) and apparently feature males.

Rabbi Hagler did not return calls from The Jewish Week seeking information about whether the school performed a background check on Zauder. But Rabbi Hagler told the Forward that Zauder “had been the ‘subject of extensive interviews and received multiple positive background references.’”

These comments would seem to indicate that the school did not conduct a formal background check on Zauder, something it is not legally mandated to do and which, if limited to a criminal history, nonetheless may not have turned up Zauder’s online activities.

Indeed, Rabbi Ellis Bloch, the associate director of the Jewish Education Project, an organization that works with 300 day schools in New York City, Westchester and Long Island, and seeks to encourage and promote innovation in Jewish education, told The Jewish Week, “I think we need to have a little bit of perspective on this. If you look at the literature in the business world, the idea of Googling an applicant is something that only recently has come to light. So, to find that schools may not have done this is not too surprising because the idea of doing this is so new.”

Calls to the Ramaz School, the Hebrew Academy of the Five Towns and Rockaway (HAFTR) and the Yeshivah of Flatbush seeking comment on their vetting policies for teachers were not immediately returned.

Mark Shinar, the director of general studies at SAR in Riverdale, wrote in an e-mail to The Jewish Week, “Aside from interviews and complete reference checks, SAR does run criminal background checks on all potential employees.”

Since 1986, the New Jersey Department of Education has required all new school district employees to be fingerprinted and undergo a criminal history background check. However, no such requirement exists for New Jersey’s private schools, for which such background checks remain optional. (A 2007 report by the New Jersey State Legislature’s Office of Legislative Services notes that approximately 50 percent of non-public New Jersey schools have chosen voluntarily to go through the Department of Education criminal background check). New York State law requires all applicants for certification and all prospective employees of school districts, charter schools and boards of cooperative educational services to undergo fingerprint-supported criminal history background checks.

The Archdiocese of New York has a Safe Environment Program that, among other things, mandates that all prospective staff members, including volunteers, in regular contact with children submit to a background check and fill out a questionnaire calling for basic background information, such as prior employment and character references. The background check is limited to verification of a person’s identity, existence of a prior criminal record and listing on state sex-offender registries.

Indeed, in recent years mandatory fingerprinting and background checks for Jewish school employees have been a high priority for some Jewish child safety advocates.

The Jewish Board of Advocates for Children, headed by attorney Elliot Pasik, was instrumental in obtaining the passage of a 2007 New York State law authorizing yeshivas and all nonpublic schools to fingerprint and conduct FBI criminal history background checks on their employees. That law, however, stopped short of requiring these measures and, according to a 2010 article in the New York Post, since the law passed, fewer than 1 percent of New York State’s 1,900 private schools were running fingerprint checks on job applicants. Based on information obtained through a Freedom of Information Law request in 2010, Pasik found that only one out of the nearly 400 Jewish schools in New York State had taken advantage of the ability to conduct a fingerprint check.

According to the JEP’s Rabbi Bloch, the issue of background checks has come up “at principals’ councils’ meetings over the past number of years.” However, he noted that “it is hard to get a handle on the number of schools doing background checks, since each of the schools is an independent entity and they guard their independence.”

In fact, in response to an e-mail from The Jewish Week, Richard Langer, the executive director of The Hebrew Institute of Riverdale, where Zauder was employed, noted that while youth directors have “always gone through an extensive interview process and reference checks … this past winter the synagogue formally adopted a policy of requiring all new hires at the synagogue to undergo a background check.”

While apparent evidence of Zauder’s involvement with pornography was not difficult to find through some basic Google searching, experts urge caution in general in using information that is publicly posted online to make hiring decisions.

According to an October 2010 public employment law bulletin put out by the University of North Carolina School of Government, “almost half of the employers responding to a 2009 survey by the employment website Career Builder.com reported using social media Internet sites as a part of their background check on job applicants.” However, while getting information that is publicly posted online about a prospective employee is not illegal, using that information to make hiring decisions can be, if it is the basis for discrimination based on personal characteristics such as race, gender, religion, disability and age.

Indeed, had any of the schools or other organizations for which Zauder had worked come across this material during the hiring process, Murray Schwartz, a lawyer in practice for 60 years specializing in employment discrimination, would have advised them — assuming the material was not in fact illegal — to confront Zauder.

“Call him in and confront him with it. Give him a chance to explain. I would probably say that transparency becomes very, very important and that [the potential employer] do everything they can to learn as much as they can because they are being given the greatest obligation anybody could undertake — caring for children.”

Getting as much information as possible “before [the potential employer] might do anything that might interfere with this person’s human rights, or whatever rights they have,” is important, added Schwartz, because “you want to be able to satisfy your obligations to him as a potential employer.”

But, he emphasized, “you also certainly want to satisfy your obligations to the children you’re caring for.”