Teacher who carried out sex attack on woman is struck off

A teacher convicted of carrying out a sex attack on a woman has been struck off. David Morrissey groped the woman and attempted to kiss her at a house in North Lanarkshire. A month before the 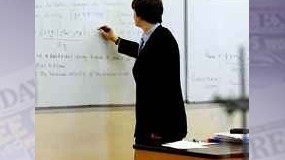 Paedophiles, violent thugs and drug dealers were among more than 4,000 offenders who applied to become teachers last year despite having almost 10,000 criminal convictions between them, figures showed today. Criminal records checks even revealed four previous