Delhi police arrested seven persons in a racket involving fake recruitment of teachers in Municipal Corporation Of Delhi (MCD) schools on contract basis, police said on Tuesday. According to police, the teachers appointed in three 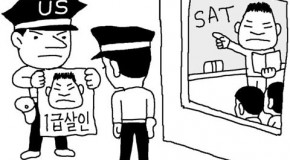 A number of language instructors, and the broker ring which found them their hagwon jobs, have been caught for faking academic backgrounds. What’s shocking is that among them is a gang member who committed