A former teacher sexually abused and raped a 12-year-old girl he groomed over an internet chatroom.

Justice has finally caught up with serial sex offender Paul Waites after the brave victim reported her horrific ordeal to police six years on. 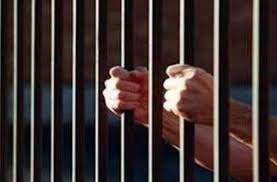 She watched in court as he was jailed for 11 years. The victim is now suing a council’s social services department, alleging officers failed to protect her from harm.

Waites, 43, ‘randomly’ added the girl as a friend on the ‘Teenchat’ social messaging website in 2006 and claimed he was 18 and from Stockport, a court was told. The victim, from Oldham, was 12 at the time but told him that she was 13.

She thought Waites, who was aged 33 or 34, was ‘nice and caring’ and made a decision to meet him, Manchester’s Minshull Street Crown Court heard.

Their first meeting took place in Waites’ convertible car on the car park of a Sainsbury’s supermarket in Oldham. Nothing happened then, but she was sexually assaulted and raped during two further meetings.

In a moving statement read in court, she told how Waites had ‘ruined her life’ and how she felt like a ‘prisoner inside her own mind’.

The victim, who cannot be named, also suffered further serious sexual abuse at the hands of other men in 2006 after Waites’ abuse.

She developed Post Traumatic Stress Disorder and added in the statement: “He took away my childhood before it had the chance to begin. I have had to consistently relive what he did to me. Most days I have flashbacks as to what happened.”

Police were able to trace Waites, from Bramley, Leeds, through an e-mail address. He pleaded guilty to meeting a child following sexual grooming, sexual assault, causing or inciting a child to commit a sexual act and rape.

In a separate case, he was jailed for six years in 2009 for filming himself sexually abusing young girls and possessing indecent images of children.

Judge Maurice Greene said Waites ‘targeted’ girls and also asked the girl for sexually explicit images. He said: “You essentially groomed her over a period of months. Hopefully in time she will learn to live with what you and others have done to her but it will never go away.”

Waites was also subjected to a Sexual Harm Prevention Order restricting his use of the internet and association with children.

Richard Scorer, of Manchester law firm Slater and Gordon, is representing the victim in a civil claim against Oldham Council’s social services department, alleging the department failed to protect her from harm.

The council confirmed it had involvement with the victim and her family at the time but said it couldn’t comment further on individual cases.