The Department of Education plans to recover a total of R25 million in salaries and pensions paid to KwaZulu-Natal teachers who allegedly got their jobs with fraudulent qualifications.

Nineteen teachers were arrested and appeared in court earlier this month on charges of fraud. 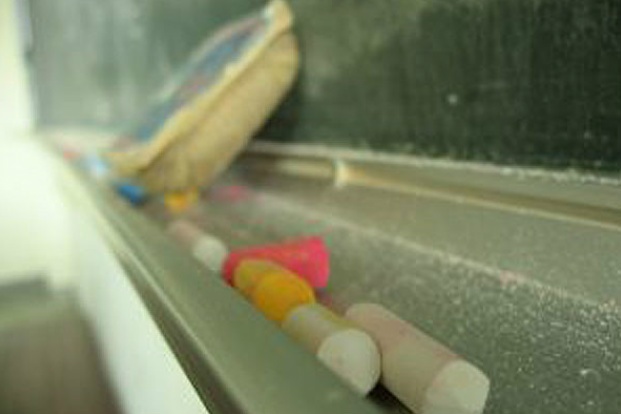 An investigation had uncovered they had fraudulent matric and tertiary qualifications.

“Some educators even furthered their education at tertiary level using the same fraudulent matric certificates, which resulted in the department increasing their salaries after they obtained their teaching diplomas.

“Then there were others who had legitimate matric certificates but obtained fraudulent tertiary qualifications which also entitled them to an increase,” he said.

All the accused have been released on bail.

Some teachers had been fired by the department while others were still teaching, he said.

The fraud was uncovered by the department after it began a headcount in 2009 to weed ghost teachers from the system.

KZN Basic Education Department spokesman Muzi Mahlambi confirmed on Monday morning that the department planned to recoup the money from the teachers’ pensions, which would be forfeited. It would also look at attaching property belonging to the 19.

He said the R25m was the total amount paid to the 19 over the years, “based on qualifications they claimed they had”.

During the headcount, teachers were asked to produce identity documents and certified copies of qualifications.

He said the 19 were among those who did not turn up for the headcounts.

The department’s more than 100 000 teachers and administrative staff were checked in phases. And when 3 000 employees failed to present themselves for a headcount, the department decided to pay them by cheque instead of electronic transfer into their accounts.

Cheques had to be collected from head office on producing a valid identity document and a certified copy of their qualifications.

“We gave them a chance to come clean or go and study to get their qualifications, but they did not take that opportunity,” he said.

Mahlambi said although it had taken some time for the matter to come to court, they were pleased justice was finally being done.

National Teacher’s Union (Natu) deputy president Allen Thompson said the situation could have been avoided had officials done their work. “It is very strange that such a large number of people who are alleged to have fraudulent qualifications remained in the department for some time. It’s embarrassing and shows negligence on the part of the department’s human resources department who are supposed to verify qualifications,” Thompson said.

He said Natu was concerned that nothing seemed to have been done to improve the department’s verification process.

SA Democratic Teachers Union’s KZN deputy secretary, Nomarashiya Caluza said she had not been aware of the arrests, but hoped the department would follow the correct procedures in disciplining the teachers.

Associate professor at UKZN’s School of Education, Professor Labby Ramrathan, said: “What we need to strive for is a better recording system and a live database where qualifications can be checked immediately… we need to have this ongoing verification process.” He said that as long as people found ways to fraudulently obtain qualifications, they would try to do so.

“Every institution has its own system to keep track of its students. This needs to be streamlined and standardised,” he said.

According to state body the Public Service Commission, departments needed to take “full responsibility” in verifying qualifications of job applicants.