A former public school master has been jailed for ten years for sexually abusing boys as young as eight.

David Lowe, 61, molested ten minors, including a chorister who was picked to sing at his wedding. 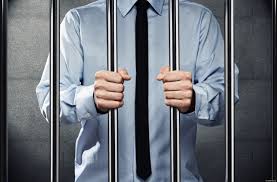 And last Thursday (February 5) the father-of-five was imprisoned after being convicted of 15 indecent assault charges.

Lowe was principal at Cambridge Tutors’ College in South Croydon for a decade from 1997, and prior to that he had worked at Caterham as Head of English.

The defendant, who lived until recently in Chalkpit Lane, Oxted, gave a Bristol address to the court.

The jury heard that married Lowe crept around boys’ dormitories at night fondling and spanking them as they drifted off to sleep in their bunk beds.

He also carried out attacks during piano lessons and even in a sick bay, the court was told.

One victim, a former pupil at Westminster Cathedral Choir School, told police he was asked to sing at Lowe’s wedding in 1981.

Later that year, he said he was sexually assaulted in Lowe’s car after he was invited to visit him in Yorkshire.

Prosecutor Philip Bennetts said: “David Lowe had a small group of pupils that he was extra-friendly with.

“He would leave sweets in his locker and notes like ‘You’re very special, you deserve this, enjoy’.

“Your responsibility was to protect their welfare, not to damage it.”

Giving evidenc,e a former Ampleforth pupil said he was just 10 when he was attacked during private piano lessons in the early 1980s.

The victim recalled: “He was poking around in my crotch area – over clothes.

“’It was painful, it was bizarre and it was inappropriate.”

A former Westminster pupil described his tutor resting his hands on his tummy and instructing him to ‘sing using your diaphragm.’

Lowe then felt the boy’s bottom on several occasions during one-on-one music lessons.

The witness said he once begged a classmate to stay behind at the end of the lesson, because he did not want to be alone with Lowe.

He added he had been molested by Lowe “’possibly a dozen times in all “ but finally reported the abuse to police after years of silence.

Lowe insisted he had no sexual interest in children and claimed the only physical contact he had with boys was when he tried to help them relax.

Jailing Lowe, judge Martin Beddoe said: “What you did remained a secret for 35 years.

“Your responsibility was to protect their welfare, not to damage it.”