A California educator who was confronted with allegations of abuse in a phone call by a former student who then posted the conversation on YouTube has pleaded guilty to sexual-assault charges involving two victims.

Andrea Cardosa, a former assistant principal, entered pleas on Friday to three counts of lewd acts with a child under 14, the Riverside Press-Enterprise reports. 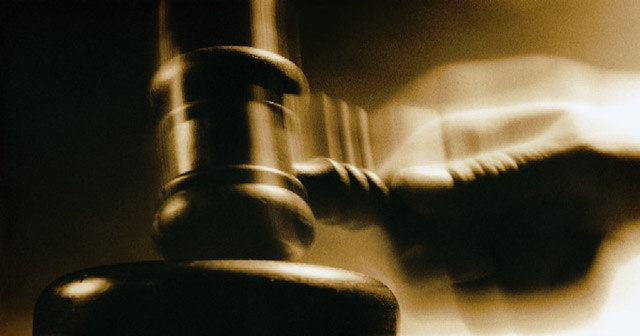 The charges carry a maximum sentence of 10 years, eight months in prison. Sentencing was scheduled for February 9.

Cardosa was charged last February with 16 felony counts, including five counts of aggravated assault on a child.

Cardosa abused one former student, who is now 29, from 1997 to 2001, starting when the child was 12 and attending Chemawa Middle School in Riverside, prosecutors said.

In a video posted online on January 17, 2013, the former student telephones Alhambra High School, where Cardosa was working, and receptionists connect her to a woman who identifies herself as Cardosa.

The now 29-year-old mother Jamie Carrillo said that she made the video post as the statute of limitations has run out for her to be able to prosecute and that she didn’t want Cardosa around other children.

In the call, she tells the woman, who identifies herself as Ms Cardosa, that she did something terribly wrong at Chemawa Middle School in Riverside 15 years ago. Cardosa replies: ‘Yes, and I regret it.’

Ms Carrillo then asks what the woman would do if a student told her that she was having a sexual relationship with a teacher to which she replies that she would involve law enforcement.

To which the alleged molester answers: ‘It’s not.’

Ms Carrillo goes on to tell her alleged attacker that she has children of her own and that her former teacher’s actions ruined her life and that she is ‘disgusting’.

When she hangs up the phone, Ms Carrillo shows that she made the call on the screen and reads out the number. She says: ‘And I’m shaking like a leaf… not even an ”I’m sorry.” Or anything. Just that she regrets it.’

Alhambra Unified School District Superintendent Laura Tellez-Gagliano released a statement saying the YouTube link was emailed to the school and they passed it to the Alhambra Police Department.

Ms Cardosa, who was named by Ms Carrillo in the, has stepped down from her job. She had worked at the school for four months, according to officials.

Ms Carrillo’s lawyer questioned whether Chemawa Middle School investigated Ms Cardosa who reportedly met the young girl when she coached her at basketball.

Ms Carrillo alleges that the coach kissed her in the locker room and put her hand down the then 12-year-old’s pants.

The former student then claims Ms Cardosa, who is believed to have been in her mid-twenties at the time of the alleged assaults, organized out of town trips so that she could have sex with the underage girl.

At a press conference following the video, Ms Carrillo said that she expected others who had allegedly been abused by the teacher to come forward.

The 29-year-old told KTLA: ‘Everything was stolen from me. She just completely manipulated me into thinking that I needed her and I wanted it.’

In court papers, prosecutors said Cardosa molested the girl over 100 times, and acts were committed in a locker room and Cardosa’s car, and at the home of Cardosa’s sister, where the two were almost discovered.

Another former student came forward after seeing the video.

Brianna, now 18, told detectives that she met Cardosa when she was a student at a middle school in Perris. She said Cardosa drove her to a secluded area in 2010, where she tried to kiss her and inappropriately touched her, court papers state.

If convicted of the aggravated sexual assault charges, Cardosa could face a life sentence, prosecutors said.

Cardosa was charged with abusing that victim from 2009 to 2010 while she was a student at Tomas Rivera Middle School in Perris.

Shortly before she was arrested, Cardosa resigned from her position as an administrator at Alhambra High School.