A former teacher at Pasadena High School has been charged with having an improper relationship with a student, according to court documents.

Ashley Zehnder resigned from the school on Oct. 9, officials with the Pasadena Independent School District said. 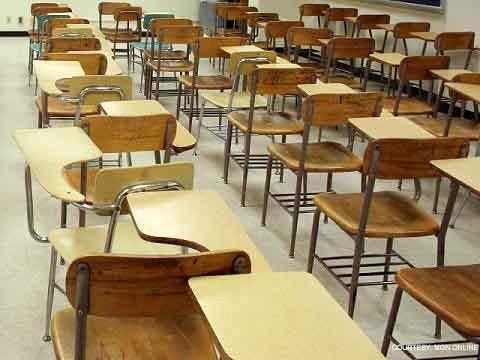 Zehnder, 24, began a sexual relationship with a male student in late May, at the end of the last school year, according to Harris County court documents.

According to the student, Zehnder was the assistant cheer coach at the school and he was a member of the school’s competition cheer squad. He told officers with the district’s police department that the relationship began when he lost his cellphone and used the teacher’s phone to locate his. He saved Zehnder’s phone numbers and they began texting.

According to court documents, Zehnder eventually sent him a nude photo via the social media app SnapChat. The student saved the picture on his phone and later distributed it to a handful of friends at the school.

After an assistant principal, Candace Sirlin, learned about the photo, the district began an investigation, district officials said.

When confronted with messages found on the student’s phone, Zehnder admitted to having sexual contact with him at her home from May until August of this year, according to court records.

Zehnder is out on $10,000 bail, according to Harris County records.

In a statement Monday, district spokeswoman Renea Ivy-Sims noted the seriousness of the felony charges against Zehnder, who also was a biology teacher at the school.

“This behavior will not be tolerated in Pasadena ISD. Our primary concern is to provide a safe learning environment for our students. When an educator violates the trust of a student, it makes it difficult for the majority of teachers who genuinely care for the safety and well-being of students,” wrote Ivy-Sims.

Zehnder was placed on administrative leave on Oct. 1 when the school district investigation began, according to Ivy-Sims. She resigned about a week later.

Zehnder had been with the school since August 2013 Ivy-Sims said.