The capital of the country, Delhi, is frequently in news for all wrong reasons.

In a recent incident, a minor student from one of the oldest government-aided schools in central Delhi has accused his teacher of sexual assault. 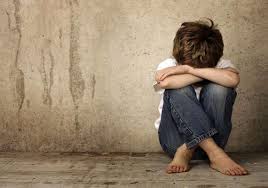 The accused teacher had called the victim, who is apparently differently-abled, in of the vacant classrooms and forced himself on him. He also threatened to fail him in his subjects if he didn’t surrender himself to him.

The kid narrated the entire incident to his family after which the family reported the matter to members of the school’s governing body and the police.

The victim, who is a IX class student, also alleged that the teacher tried to assault him earlier as well, but he somehow escaped.

Based on the victim’s statement the police has registered an FIR against the acused teacher and sent the victim for the medical examination that has confirmed that the victim was assaulted.

The police arrested the culprit after which he was sent to fourteen day judicial custody in Tihar jail, after being produced before a magistrate.

Meanwhile the directorate of education has suspended the teacher and has initiated an enquiry against him.