District 100 Superintendent, Dr. Michael Houselog, admits there’s a heightened awareness among he and his staff following the arrest of DeKalb County teacher, Leah N. Eames, for sexual abuse of a student. 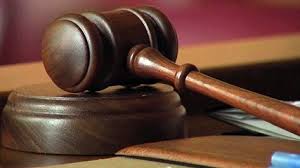 In January of this year, Darcee Baney, was found guilty of indecent solicitation of a child. She is on probation for 2 and a half years.

There are over 60 new teachers to the Belvidere school district this year, and Dr. Houselog says orientation included talks about inappropriate behavior.

“What we’ve told them is there’s no need to have a student’s cell phone number in your phone,” said Dr. Houselog.

Social media has played a part in connecting people. With Facebook and Twitter–even the prevalence of cell phones– people are able to form close relationships very easily.

For schools, this can be a problem.

Dr. Houselog said, “As we’ve heard and as we’ve studied, it’s when they develop those personal, close personal, relationships and the line is crossed.”

He also says teachers are to use district technology, such as email, that can be tracked and identified.

While faculty and staff are told to report any suspicious behavior, schools are also making students responsible. Students are asked to share any incidents where they feel uncomfortable.