Prosecutors told jurors that Regusters acted alone, kidnapped and sexually assaulted the child with an unknown sharp object. The injuries were so damaging the child needed reconstructive surgery and a temporary colostomy bag.

Opening arguments are beginning in the kidnapping trial of a woman accused of abducting an elementary school student and sexually assaulting her. 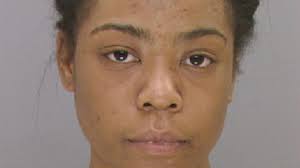 Regusters’ defense attorney Fred Harrison says he expects his client to take the stand in her own defense.

This news came after prosecutors said in addition to the 5-year-old kidnapping and sex assault victim taking the stand, another child who was also allegedly sexually assaulted by Regusters will take the stand in this case.

Witnesses from Bryant Elementary School testified a woman who said she was the child’s mother took her out of school Jan. 14, 2013 and that no one checked her identity.

Substitute teacher Reginald Littlejohn was working in one of the school’s kindergarten classes that day and was tasked with supervising the children in the victim’s class.

Littlejohn was nonchalant on the stand as he described the morning and the events that preceded the kidnapping and rape of one of his small students.

Littlejohn said that a woman showed up in black Muslim garb just as breakfast-time was ending.

“Are you her mother?”

Littlejohn testified that he asked the woman that question and told her  she needed to sign the child out.

The woman, who was covered from head to toe and appeared to be pregnant, told Littlejohn she was the child’s parent and that she had already signed the child out at the front office.

Littlejohn says that picking up a child just after breakfast was not normal, but the exchange between the woman and the child was nothing out of the ordinary. Also, he says, because the child got up to leave with the woman, he let her go even though he didn’t check with the front office regarding the procedure for signing out a child.

The small child is shown in surveillance video wearing a light-colored coat, glasses and carrying a pink backpack as she walked down the steps and out the school’s front door at 8:51 a.m. with the kidnapper.

Police say the kindergartner was placed in a laundry bag, blindfolded, sexually assaulted and held captive for 19-hours under a bed before she was left half naked on an Upper Darby playground.

The heinous nature of the case has struck a nerve with the community. Even Philadelphia Police Commissioner Charles Ramsey said he had dreams after the crime.