Two cases of alleged sexual assault have emerged from Ramanagaram on Friday.

A 28-year-old teacher of a private school has been arrested by the police on the charge of sexually assaulting a 15-year-old school boy during a special coaching session on Thursday night. 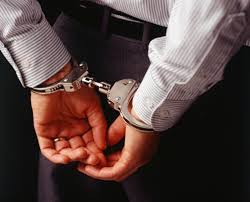 The accused, Alex Antony Swamy, a native of Kollegal town in Chamarajanagar district, has been working as an English teacher for the past six months. The school had arranged special coaching for selected students after school hours. “He would hold special coaching classes for boys till 10.30 p.m. Since students come from in and around Ramanagaram town, they stay back in school after special classes as transport facilities are not available. They go home only in the morning,” a police official said.

The accused used to spend the night there after the session. The victim returned home and informed his parents. “Parents, along with relatives and friends, stormed the house of the accused, tied him to a pole and beat him up. Later, they handed him over to the police,” sources said.

The police arrested Alex and charged him under the Protection of Children from Sexual Offences Act. The school management has been summoned by the police to issue necessary directions to ensure safety of students, said the officer.

In the second case, the police arrested a Bangalore Metropolitan Transport Corporation driver on the charge of sexually harassing a schoolteacher, who is said to be his neighbour, on Friday.

According to the police, the 28-year-old victim was allegedly receiving calls on her mobile phone from Somashekhar, the accused. On Friday, the victim, with the help of her family members, caught him and after a heated argument, the accused manhandled her outraging her modesty. Based on the complaint, police arrested the accused.