Teacher Arrested on Sexual Assault of a Child Charges

The Brown County Sheriff’s Department reports the arrest of a 27 year-old Hobart man on suspicion of sexually assaulting a child.

Wayne Makela was arrested Wednesday. The Brown County Sheriff’s Department says he is a teacher and coach at Pilgrim Lutheran school in Green Bay. 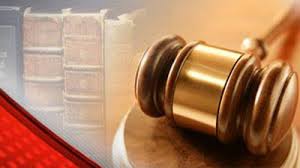 Investigators say the assault may have happened to a child under the age of 16. The suspect was in a position of trust at a church and school in Green Bay, according to a Sheriff’s Department news release. Pilgrim Lutheran Church and School confirmed to NBC26 that the suspect teaches a technology class and serves as youth director and basketball coach.

The following charges will be forwarded to the Brown County District Attorney’s office:

Use of a Computer to Facilitate a Child Sex Crime

Exposing a Child to Harmful Materials or Harmful Descriptions or Narrations

Makela made his initial court appearance Thursday afternoon. A judge set bond at $500,000. Makela was ordered to have no contact with the victim, or any other minors.

The news sending shockwaves throughout the community. Especially for Kim Allen whose son went to pre-school at Pilgrim.

“It’s very unfortunate for this child and his family I couldn’t imagine.”

And also a warning for parents like Richard Demo.

“Communicating with your kids and making sure you know what’s going on.”

Another reason to keep a close eye on your children.