A teacher in the east end of Toronto has been accused of sexual exploitation, the second area teacher to be charged in less than a week.

Adam Coysh, 29, who teaches at Wexford Collegiate School for the Arts in Scarborough, has been charged with sexual exploitation and child luring involving a female student under the age of 18, according to Toronto Police. 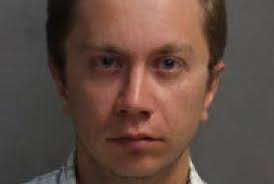 Police believe there could be more victims. Wexford Collegiate’s principal sent a letter to parents Monday notifying them of the charges.

“Upon learning of the allegations, staff acted immediately to send the employee home and call appropriate contacts, both at the Toronto District School Board (TDSB) and outside the TDSB,” Tom Lazarou wrote in the letter.

Coysh is scheduled to appear in court on July 24.

He is the second Toronto teacher to face sexual exploitation charges in less than a week. On Friday, Matthew Elms, 39, was charged with one count of sexual exploitation. Elms, a teacher at Bendale Business and Technical Institute, allegedly entered into a sexual relationship with a female student under the age of 18. The school is only a few blocks away from Wexford Collegiate.

Elms has been released on bail on the condition that he cannot be in a position of trust or authority to anyone under the age of 18. He is scheduled to appear in court on July 25.