In a story reported first and exclusively by CBS3, Philadelphia School District officials are trying to determine why it took nearly four months for the alleged sexual assault of a teacher in her classroom at Strawberry Mansion High School to be reported to police.

Philadelphia Police say on December 12, 2013, a teacher was grabbed, held, and assaulted before class, eventually breaking free and hiding in a restroom. 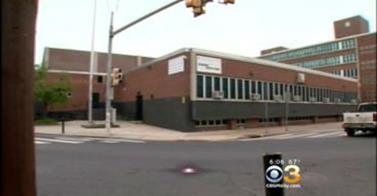 Police reports indicate that while the incident was reported within 24 hours to the school’s principal, Special Victims Unit investigators were not notified until March 28, 2014 nearly four months later.

The police documents indicate that the principal told officers she reported the allegation to her superiors and that the school administration conducted an investigation.

Meanwhile, according to police reports, the principal says the suspect, 50-year-old building engineer Mark Hampton was transferred to work in another school.

When Philadelphia police finally did get word of the alleged assault, they immediately investigated and late Thursday afternoon Hampton, who has no prior criminal record, surrendered at SVU headquarters.

Investigators also say Hampton is being investigated for a second sexual assault of a teacher at the school, but no charges are filed in that case.

Philadelphia School District Officials say Hampton is suspended and they say they are trying to determine the reason behind the delay in notifying Philadelphia Police.