Police investigating allegations of sexual abuse at music schools in Manchester have charged a former teacher from the Royal Northern College of Music (RNCM).

Duncan McTier, 59, a world-renowned double bassist who taught at the college in the 1990s, was charged with four counts of indecent assault, Greater Manchester police said. The charges relate to three women who claim McTier assaulted them between 1985 and 1994. 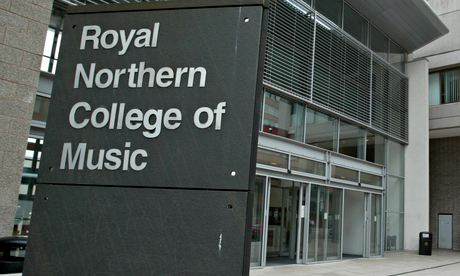 McTier will appear at Manchester magistrates court on Friday 23 May.

He is the first person to be charged as part of Operation Kiso, an investigation into allegations of sexual abuse by music teachers at the RNCM and Chetham’s school of music in Manchester.

The inquiry began following the conviction last year of Michael Brewer, the former director of music at Chetham’s. He was found guilty of indecently assaulting a pupil when she was 14. His victim, Frances Andrade, killed herself after giving evidence against him in his trial at Manchester crown court.

In recent years McTier has taught at the Royal Academy of Music in London, where he is professor of double bass. The academy continued to employ him after his initial arrest last May on suspicion of indecently assaulting a student at the RNCM in 1994.

In a statement after his arrest an academy spokesman said: “Duncan McTier currently teaches at the Royal Academy of Music. All of his students are aware of the allegations and current position. He will continue to discharge his duties as a double bass teacher to undergraduate and postgraduate students pending developments.”

According to his personal website, McTier also teaches at the Zürcher Hochschule der Künste in Switzerland, and the Escuela Superior de Música Reina Sofia in Madrid.

A number of other former teachers from the RNCM and Chetham’s remain on police bail after being arrested as part of Operation Kiso. They include Wen Zhou Li, a violinist, and Malcolm Layfield, former head of strings at the RNCM.

An RNCM spokeswoman said it would not be appropriate to comment on the charges.