The vocational agriculture teacher at Pocahontas County High School has been charged with allegedly having sex with a former student.

State Police arrested Samantha Bartley, 25, of Marlinton, Tuesday and charged her with three counts of sexual assault by a person in a position of trust. 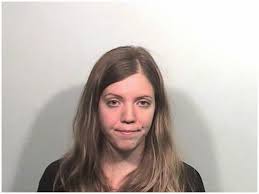 Cpl. M.A. Agee said the former student claims the sexual relations happened last year while he was a student.

Agee said Bartley recently came to the State Police detachment to make a destruction of property complaint against the former student.

“When this young man came in to be interviewed he brought up these allegations,” the trooper said.

Bartley was arraigned Tuesday and released on $15,000 bond. Cpl. Agee said Bartley was suspended from her teaching job pending the outcome of the case.

Various websites and stories about the agriculture program at Pocahontas County High identify Bartley as the FFA advisor at the school.