A former Memorial High School science teacher accused of sexually assaulting and impregnating a student is facing a new charge. 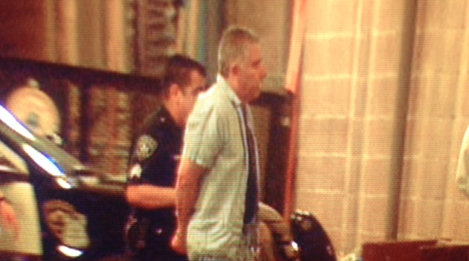 According to the latest arrest affidavit, Edgewood police found pornographic images of the student on a laptop that Revilla had left behind at Memorial after he was fired.

He’s accused of starting a relationship with the student last September when she was 15 years old. She’s now 16 and pregnant.

Richard Trujillo, the father of a freshman in high school, wants the district to do better screening of its teachers and staff.

But Edgewood ISD spokesman Rolando Martinez said, “Obviously, we’re not going to just hire any individual who has a criminal past. The actions of two former employees don’t reflect the overall values of the Edgewood ISD employees.”

Manuel Hernandez Jr., 56, a former Edgewood ISD police officer, has also been arrested on charges of sexual assault of child.

His charges center on the same 16-year-old girl allegedly involved with Revilla.

An affidavit pertaining to Hernandez’s arrest stated that the teen told investigators the officer asked her for sex because of the favors he had done for her in the past.

An adult close to the 16-year-old said she no longer attends Memorial High School, and that she is about four months pregnant.