Omaha police have arrested a man for his role in an alleged sexual assault of a seven-year-old at an Omaha daycare. 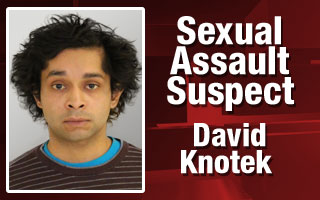 According to police reports, the victim made statements to investigators about the sexual assault involving his daycare teacher, “Mr. David.”

Twenty-four-year-old David Knotek was subsequently arrested for one count of felony sexual assault of a juvenile.

The daycare is located at 50th and Leavenworth.