Former gym teacher Matthew LoMaglio is currently serving a four-year jail sentence for sexually assaulting a then 8-year-old boy back in 2006 and 2007, and now, reports are claiming that 22 of his fellow teachers wrote letters to a judge supporting their former colleague during his recent trial. 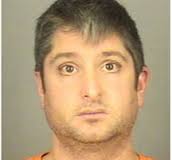 This has outraged parents of students at the Rochester, New York school as well as parents all over, and some have started a petition demanding the names of the teachers who are supporting the sex offender.

“We believe that children in the Rochester City School District (RCSD) are in danger,” reads the petition. “The lack of cooperation stifles the investigation, impedes discovery of the abuser, and lengthens the amount of time a child is in danger, until authorities uncover the abuse and intervene. As responsible parents, family members, friends, community members and concerned citizens, it is our duty to demand full justice for the child that was sexually assaulted, and to do everything we can to protect other children from being sexually abused.”

According to reports, parents attempted to file a request under the Freedom of Information Act in an effort to get the names of the 22 teachers, but the judge denied their request, saying that it could only be made by government officials.

Angry parents are expressing their disgust at the supportive teachers in their comments on the petition.

“Any teacher supporting this guy is a scumbag and should not be working with children,” wrote one livid parent.

School officials are reportedly also trying to get their hands on the names of the teachers that wrote letters to the judge supporting the abuser.

“We can tell you with great certainty that the City School District did not authorize any employee to write a letter supporting Mr. LoMaglio,” said a school official to Fox News. “The letters are part of a sealed court record, but we are working through legal channels to obtain them and simultaneously conducting an internal investigation. If employees used work time or resources to write such letters, or pretended to speak on behalf of the District, we will take disciplinary action.”

In the meantime, the online petition has garnered hundreds of signatures and is being spread all over the Internet. LoMaglio is currently serving four years in prison for the sexual assault.