A 24-year-old high school math teacher is accused of having sexual contact with two students in her classroom and exchanging inappropriate texts and nude photos. 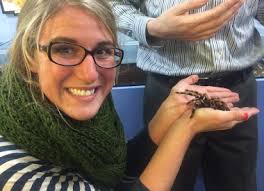 Meredith Powell, who taught at Lincoln High School in Tacoma, allegedly performed oral sex on a 15-year-old and, in a separate incident, had sexual contact with a 16-year-old while the rest of the school was attending an assembly last month.

Court documents obtained by KIRO claim Powell admitted her illegal behavior, though she pleaded not guilty on Friday to two counts of third-degree child rape and one count of communication with a minor for immoral purposes, according to the News Tribune.

The court documents say Powell also allegedly sent one of the students a nude photo of herself in a bathtub through Snapchat.

She allegedly sent a text to the 17-year-old’s girlfriend apologizing for her “promiscuous” texts.