An Omaha teacher facing three felony charges in connection to alleged sexual contact with a 14-year-old student made his first appearance in a Douglas County courtroom Tuesday morning. 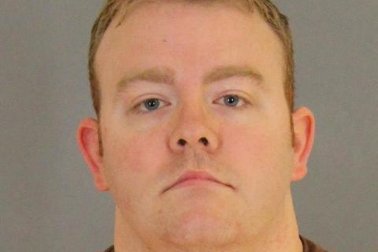 Ty Warner, 28, is a math teacher at Alpha School, an alternative school at 1615, South 6th Street in Omaha. He is on paid administrative leave.

Warner is accused of reaching inside the pants of the 14-year-old girl in early November. Prosecutors say that weeks later he reached under the girl’s shirt, touching her beneath her clothing.

Warner is facing two third-degree child sexual assault charges and charge of tampering with a witness. In court on Tuesday prosecutors claimed that Warner admitted to the touching in a series of notes and asked another teacher to destroy them.

Citing strong ties to the community, an attorney representing Warner asked for and received bond at $25,000. Warner posted the necessary $2,500 to get out of jail Tuesday. He has been ordered to not have any contact with the alleged victim.

In a news release issued Tuesday, Alpha School stated that when Warner was hired five years ago, he did undergo and pass a criminal background check. Here is the statement from the school:On Monday, November 25, 2013, Alpha School staff received a report from a student regarding inappropriate communication containing sexual content allegedly made by Ty Warner and directed toward another student, a fourteen year old female.

On November 27, 2013, Alpha School received a request from law enforcement officials investigating the matter that the school should stay its internal investigation. Alpha complied.

Today, Alpha School received notification from the Douglas County Attorney that Mr. Ty Warner has been charged with two counts of 3rd Degree Sexual Assault and one count of Witness Tampering.

Mr. Warner has been employed by Alpha School for five years as an Educational Specialist who taught junior and senior high school mathematics. Alpha School employees are subject to criminal background checks prior to commencing employment.