A Widefield High School teacher accused of sexual assault apparently had the habit of talking to male students about homosexual sex, grabbing their nipples and touching their crotches in a way that several students referred to as “cup checking,” according to an arrest affidavit. 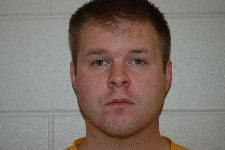 Lee Edward Riddle, a 29-year-old German language teacher at the school south of Colorado Springs, was arrested after being placed on administrative leave Nov. 15 when the school heard of the accusations. El Paso County Sheriff’s deputies, including the school’s resource officer, followed up on the case and interviewed several male students who made similar claims.

According to the affidavit, deputies spoke to a 17-year-old senior, a junior and a sophomore about their interactions with Riddle.

The 17-year-old told a deputy that Riddle grabbed the boy’s nipple in class and repeatedly called him “Cutie,” the court document said.

According to the affidavit, Riddle asked multiple students if they were sexually active. The document said the teacher also engaged in conversations with the boys about homosexual sex.

One boy told deputies that Riddle had given him a ride home from school and they talked about “gay sex.” During the interview, the deputy reported that the boy’s “demeanor changed during this conversation. He was very reserved, embarrassed and would not make eye contact.” The boy said that nothing physical happened.

Riddle was taken to the El Paso County jail Wednesday on suspicion of sexual assault on a child by one in a position of trust. Riddle has since posted bail of $25,000. He is scheduled to appear in 4th Judicial District Court on Nov. 27 for an advisement hearing.