A 53-year-old teacher has been charged with raping and sexually assaulting an underage female relative. Jeffrey Scott Jones, of Huntington Beach, was arrested last week and charged Monday with two felony counts of aggravated sexual assault of a child and a felony count of continuous sexual abuse. 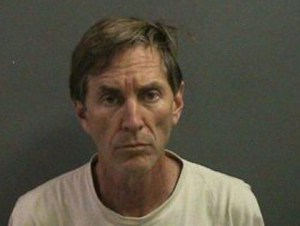 He’s being held on $1 million bail. The suspect is accused of molesting a 13-year-old female relative from September 2012 through April 2013, according to prosecutors.  He also allegedly raped the victim on May 4 and May 9.

Jones, who has been an educator for 27 years, recently taught English at Libra Academy in Huntington Park, according to Farrah Emami of the Orange County district attorney’s office. Jones also taught at Bell High School in Bell and Gahr High School in Cerritos.

This article originally appeared on losangeles