A Hamilton high school teacher has been found guilty of sexual assaulting a 14-year-old student in his classroom two years ago. Giuseppe Graziano, a 53-year-old Spanish and cosmetology teacher, was convicted of sexual assault and sexual touching of a minor May 16 after an eight-day trial. 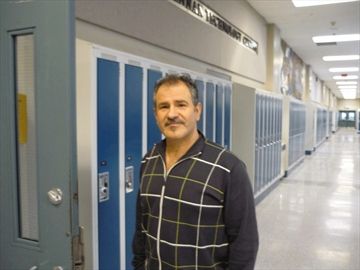 The name of the victim and the witnesses involved in the case are protected by a publication ban. Graziano is to be sentenced June 21 and lawyer Bill Markle said he does not yet know if his client will appeal.

He told court he encountered the teacher again Feb. 9 and was invited into an empty classroom to talk about his test results. Instead, the student said he was asked “dirty” questions about penis size and whether he would show his genitals to Graziano.

He testified he didn’t immediately tell anyone in authority about the encounter but eventually related the story to an educational assistant, who contacted his father and other school officials.

In his own defence, Graziano agreed he told the student “you owe me kid” because of his repeated requests for help on the exam, but denied making sexual gestures or demands.

Graziano also denied touching or making any attempts to touch the student’s genitals and told court he had never asked the teenager any sexual questions. The teacher said the student asked to “hang out” in his classroom and to talk about his frustration with a school decision that same day to suspend him.

Graziano suggested the student was retaliating against him for siding with school officials who suspended him. But Justice Kim Carpenter-Gunn said she found it “totally implausible” that the victim, who had no previous relationship with Graziano before the exam, would have asked to hang out with or confide in the teacher.

“I find this theory makes no sense and has no ring of truth to the court,” she said in her reasons for judgment. Carpenter-Gunn said she found the victim’s version of events was supported by testimony from fellow students and school officials.

She also pointed to video footage of an angry-looking victim confronting Graziano in the hallway later in the day after the assault. By contrast, she said Graziano’s testimony was “self-serving and not believable” and that his version of events often conflicted with that of other witnesses.

She also dismissed defence questions about why the victim was initially reluctant to tell anyone in authority about the assault. “I find it understandable that a 14-year-old would be embarrassed to say anything about these matters at that particular point,” she said.

Graziano is scheduled to stand trial June 17 on separate charges he sexually assaulted a young disabled male between 2006 and 2009.