Public school districts would be required to conduct background checks on all employees and potential new hires under a bill unanimously approved by the Iowa House Tuesday. 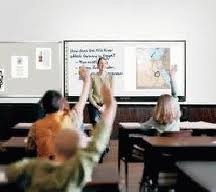 The measure would require districts to check current employees and pre-screen all job applicants to see if they are listed on the state sex offender registry and registries for child abuse and dependent adult abuse.

That includes part-time and substitute employees. School volunteers and student teachers are not subject to a check. If an employee is found on such a registry it would be grounds for immediate suspension pending a termination hearing.

Districts also would recheck employees hired on or after July 1, 2013 every five years after their hiring date. The bill returns to the Senate for review.

Duane Magee, executive director of the board, said just because someone has been identified on a registry doesn’t mean they would lose their license.

“The penalty would vary depending on the severity of the issue and whether the applicant was honest with us about their information,” he said. “Employment is entirely up to local districts.”

Rep. Mark Smith, D-Marshalltown said the bill was a “baby step” in the right direction. He said the requirement wouldn’t prevent districts from hiring people convicted of other serious crimes.

“A murder, for example, would not appear on those three registries,” Smith said. “We need to be doing more.”

Smith cited the case of a teacher’s aide who was fired from Conrad school district in central Iowa last year when the district discovered she had been convicted of manslaughter and falsified her application. Paula Baniszewski, known by the district as Paula Pace, was the member of an Indianapolis family who tortured and killed a girl in the basement of their home in 1965.

Other representatives raised cosncerns that the bill doesn’t require districts to do national checks for crimes committed outside of Iowa.

But bill sponsor Rep. Megan Hess, R-Spencer, said districts could opt to conduct a national check which costs about $50 for one employee.

“Is this bill perfect? Certainly not,” she said. “This bill really is about protecting our children.”