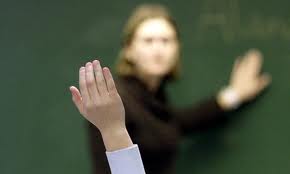 A fifth-grade West Orange teacher was arrested Thursday morning on charges of sexual assault and endangering the welfare of a child, according to officials at the Essex County Prosecutor’s Office.

The tragic tale of a 22-year-old aspiring fashion designer who took her own life by jumping from the George Washington Bridge on Wednesday —allegedly a victim of bullying, according to the NY Post — has attracted widespread attention on social networking sites.

A dentist from Livingston accused in a scam that bilked more than $5.5M from Medicaid over six years was indicted Thursday, along with six of her alleged accomplices, Attorney General Jeffrey S. Chiesa announced Thursday.

It’s been a rough week for Ridgewood Village Manager Ken Gabbert. On Monday, Patch broke the news the council majority would call for Gabbert to resign his post on Wednesday night. Then, Bergen County Executive Kathleen Donovan got in on the action, calling for the part-time commissioner of the Northwest Bergen County Utilities Authority to step down from that post.

This article was written by  Zak Koeske  and originally published on cherryhill.patch