The verdict is guilty for a 66-year-old priest and a 49-year-old former Catholic school lay teacher in the sexual molestation of a then 10-year-old altar boy at St. Jerome’s Parish back in 1998 and 1999. 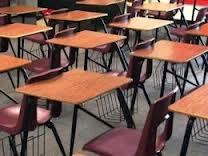 Both men were led from the courtroom at the Criminal Justice Center and taken into custody. They will be sentenced March 18th, 2013.

The trial of Father Charles Engelhardt, an oblate of St. Francis DeSales, and Bernard Shero culminated a two year legal process that began with a 2011 grand jury report detailing abuse of children at the hands of priests and a cover-up by the Archdiocese of Philadelphia.

This case turned on the story of one victim, now 24 years of age, who testified that in 2009, he reported being abused as a child to the Archdiocese. The victim, known as “Billy Doe,” said he was passed from one priest to another and then to a lay teacher in what District Attorney Seth Williams called “heinous crimes.”

“The victim in this case has shown exceptional courage,” said District Attorney Seth Williams. “Not only did he have the strength to report his abuse, he had the tenacity to look his abusers in the eye and testify in front of complete strangers about the horrific details of his attacks. I hope this verdict will help him to continue with the long journey of healing that comes after such trauma. This is an important day for all institutional abuse victims. It is not an easy thing to overcome decades of cover-up and a culture of silence. This verdict will help put an end to the blind eye and the deaf ear with which so many victims of abuse have been received.”

A jury of eight men and four women found Shero guilty of Rape, Attempted Rape, Involuntary Deviant Sexual Intercourse, Indecent Sexual Assault, Endangering the Welfare of a Child (EWOC), and Corruption of a Minor charges for the sexual assault of the student.

Engelhardt was convicted of Indecent Assault, EWOC, Corruption of a Minor and Conspiracy charges for the sexual assault of the same student. The jury was deadlocked on a five charge of Involuntary Deviant Sexual Intercourse. Engelhardt had been a priest at the parish when the boy was assaulted.

Shero, who was a parochial teacher at the parish’s school, assaulted the same boy in 2000.

The now de-frocked priest Edward Avery, who was a priest at the parish, pleaded guilty last year to assaulting the same boy between 1998 and 1999. Avery is currently serving a 2 ½ to 5 year prison sentence for his crimes.

Once the guilty verdict was announced, you could hear the sobs, rising up from Shero’s family.

“I was very disappointed,” said Rose. “I thought the evidence of my client was extremely strong and there was a lot of reasonable doubt. [Bernard Shero] is a soft and mild mannered man. He has a lot of integrity that didn’t indicate in any way that he could ever be the kind of person described by the complainant. Far from it.”

Rose intends to appeal the conviction to the Superior Court after sentencing in March.

Engelhardt’s attorney, Michael McGovern, was not available for comment.

The guilty verdicts open the door wider to civil action against the Archdiocese of Philadelphia. One of victim’s civil attorneys intends to look more closely at the hierarchy of the Archdiocese at the time of the assaults. Paul Lauricella intends to investigate the role of two high ranking bishops now assigned outside the Archdiocese, who may have known that children were being put in harm’s way by predator priests.

In the landmark, three month trial of Monsignor William Lynn , the former secretary of the clergy whose job it was to investigate allegations of abuse by priests and then, to manage the status of their ministry, was convicted in June of endangering children and putting them in harm’s way by keeping predator priests in parishes.

Lynn reported to those bishops, who in turn reported to the late Cardinal Anthony Bevilacqua. None of those clerics was indicted. Lynn now is serving three to six years in prison.

This article was written by   Pat Ciarrocchi  and originally published on philadelphia.cbslocal