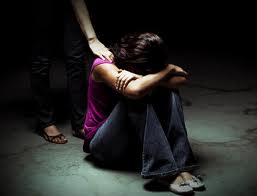 The principal at Creekview became aware of the allegations on Tuesday and notified the Cherokee County school district police. After authorizing an independent internal investigation of the accusations, the school superintendent contacted the Cherokee County Sheriff’s Office. The Sheriff’s Office began a criminal investigation on Wednesday morning. According to detectives, the alleged relationship between Tamanini and the student had been ongoing for approximately four months. At least two sexual encounters allegedly occurred on Creekview’s campus.

Tamanini’s case is the second arrest involving an alleged teacher-student relationship at Creekview High School this school year. In November, Adam Blake Bearden, a special education teacher and track coach, was charged with four counts of sexual assault after he allegedly engaged in a three-month long sexual relationship with a 17 year-old student.

Georgia’s sexual assault statute prohibits sexual contact between someone in a supervisory role and an individual subject to their authority, such as a student. As we have covered in previous stories, it is illegal in Georgia for a teacher to have any sexual contact with a student even if the student is an adult and consents to it. Consent of the student is not a defense.

We have represented many clients who have been prosecuted under Georgia’s sexual assault statute. Please click here for more information on constitutional challenges that we have raised in these cases, and click here to see how we were able to negotiate a misdemeanor plea in a sexual assault case involving a respected Georgia doctor.

This article originally appeared on bernardbrody