THIS year alone 70 teachers were investigated for sexual misconduct against pupils by the South African Council of Educators (SACE).

Since April, the council has deregistered 12 teachers from the profession.

SACE spokesman Themba Ndhlovu said he could not reveal where most of the cases occurred because not all provinces reported the offences as expected. 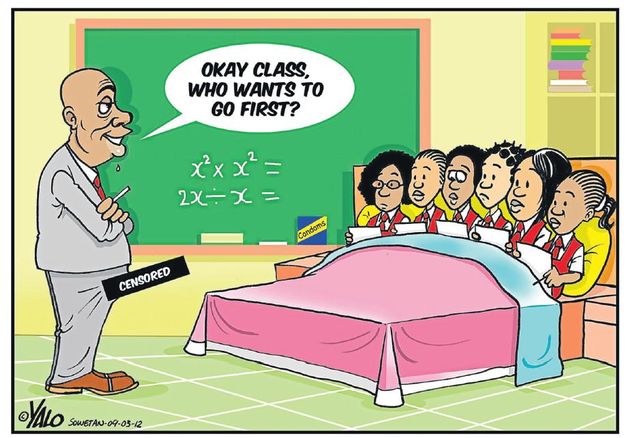 In Gauteng, where a teacher was recently suspended for allegedly showing two Grade 7 pupils a pornographic video and sexually assaulting one, there have been 31 cases. Four teachers were found guilty and three of them were dismissed. The other one was suspended without pay for a month and referred for counselling.

The teacher who showed two girls a pornographic video clip appeared in the Protea Magistrate’s Court in Soweto last week. He will appear again soon.

“We also call for intense counselling for these two learners because if they are not appropriately attended to they will be scarred for life. Teachers are required to take reasonable steps to ensure the safety of learners and not to pose a danger (for them),” she said.

Commission for Gender Equality spokesman Javu Baloyi said it was regrettable that the alleged abuse happened during the 16 Days of Activism for No Violence Against Women and Children.

“As a commission we reiterate our disgust at this unfortunate incident, which tends to strike fear in parents that their children are no longer safe in the hands of those whom they trust to protect them.”

This article originally appeared on sowetanlive