All you have to do is unlock the gym, lead a warm-up activity, run a few drills and play some scrimmage.

But what about getting a criminal record check or knowing what to do when a school goes into lockdown? Keeping track of game scores and stats? Or worrying about the L-word: liability? 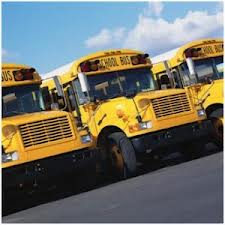 As dozens of busy Ottawa parents have learned recently after stepping up to fill the void left by teachers, when it comes to coaching a school team, the devil is in the proverbial details.

There are lots of hoops to jump through and the responsibility is not for the faint of heart.

“It looks relatively easy when you look at coaching and think you show up to a field, you coach and you go home, but it’s all that other stuff that goes on the in the background that people don’t see,” said Walter Piovesan of Ottawa’s public school board.

“People are entrusting their most precious possessions to the school so we wanted to make sure our volunteers understood that.”

As the school year enters its third month, teachers at many public schools continue to sit out of voluntary activities, such as coaching teams or leading other school clubs.

They are, to borrow an oft-repeated phrase from outgoing Premier Dalton McGuinty, taking a pause, still smarting from the sting of having a new contract foisted on them and thousands of others working in the province’s school system.

While the two-year contact — which the Liberal government passed into law in September with the help of the opposition Progressive Conservatives — freezes wages, slashes sick days and ends the long-standing practice of banking unused sick days, teachers’ unions say the real issue is the attack on collective bargaining rights wrought by the bill.

But with a steadfast desire to protect the investments it has made in education — including full-day kinder­garten and smaller class sizes — while staring at a $15-billion deficit, the Liberal government has stuck to its guns, saying the unpopular legislation was necessary.

Not surprisingly, the protracted dispute has left students, parents and school boards all stuck in the ­middle.

It’s also left extracurricular activities hanging in the balance, forcing dozens of parents to come forward and volunteer to be coaches.

Earlier this week, about 100 of them packed a hall at the Confederation Education Centre to learn more about what they’ve signed up for.

There was a presentation to underscore a volunteer’s various responsibilities when it comes to responding to and reporting incidents, such as threats, fights, sexual harassment, bullying or any serious behaviour that jeopardizes student safety or could have a detrimental impact on a school’s climate — even if it happened in the off hours.

The same presentation explained what a coach should do in the event a school is locked down or the coach suspects a child is the victim of abuse or neglect.

Volunteers learned more about the National Capital Secondary School Athletic Association, the overseer of high school sports in the city, and what paperwork they must file and scores they must record on a central database.

Although it was a lot of information to digest, parent volunteers say teachers and other school officials are doing their best to smooth out the kinks.

“They’re being extremely helpful and positive about the whole thing,” said Rob Smith, who has signed up to coach Glebe Collegiate Institute’s cross-country ski team.

He met with the school’s athletic director and gym teachers the day after the training session to go over everything.

“They want to see the sports programs happen, so I think everybody’s working together to do what’s best for the kids, given the circumstances.”

John Lindsay has had the same experience at ­Nepean High School, where he’s coaching the senior boys basketball team.

But the real estate agent said the additional responsibility could add up to almost 20 hours per week to his already-packed schedule. And the game schedule is not set by him, but by the athletic association, so if tip-off time is 2 p.m., he has to be there.

It remains to be seen how sustainable this solution is over the long haul.

Piovesan said he’s pleased that it has solved the extracurricular quandary, but noted other school activities could be in jeopardy if the situation escalates, as it likely will.

The Ontario Secondary School Teachers’ Federation has said strike action for union locals in a legal strike position will begin as soon as next week, though it would not say Thursday if the Ott­awa local was among them.

What it means is that teachers and support staff who belong to the union will not attend staff meetings, administer standardized tests or answer parent emails outside of the regular school day.

Parents can step up to coach teams, Piovesan said, but they obviously cannot take on some of these other tasks a teachers does.

Smith said he’s “fairly agnostic” about the dispute, adding both sides appear to have legitimate points.

“If I were strongly opposed to the teachers’ position, then maybe I would be less willing to step up, but that wouldn’t change the fact that I’ve got a kid who wants to cross-country ski,” he said.

Lindsay said he doesn’t support the job action at all, but admitted there is a bright side to it.