Teacher misconduct reports on the rise

Cape Town – Ninety-nine cases of corporal punishment involving teachers in the Western Cape were reported to the SA Council of Educators in under a year.

The cases were reported between April last year and March this year. 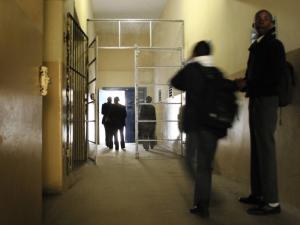 The council, the professional body which registers all the country’s teachers, probed 525 misconduct cases in that period, it said in its annual report presented to Parliament last week.

It said in the report that the majority of cases had come from the Western Cape, Gauteng and KwaZulu-Natal.

There were a total of 174 cases reported during that period, involving sexually abusing pupils and assaulting co-workers on school grounds.

It showed an increase in reported cases, up from 120 complaints the year before.

The annual report said there had been “a sharp increase in the number of reported cases, especially in respect of educators who still apply corporal punishment, abuse learners sexually and educators assaulting one another within the school environment”.

The council had found that men were more likely to be accused of misconduct than women and that the largest proportion of offenders were aged between 35 and 54 years old.

The report said provinces often failed to report cases to the council.

“While it is a statutory requirement that all disciplinary matters reported to the employers be brought to the attention of the SA Council of Educators, such still remain a challenge as many provincial education departments still fail to report such matters that have been received, processed and finalised by them.”

He said the department referred the outcome of disciplinary hearings to the council.

“The council records these cases as complaints and considers them for further action, for example, to remove a teacher from the council’s register of teachers.”

Attwell said the statistics reflect the department’s success in investigating, prosecuting and reporting these cases to the council, as required by the act.

More than half, 57 percent, of the Western Cape cases involved corporal punishment.

“Typical sanctions include final written warnings and a fine, depending on the nature of the case. Our internal prosecutors normally argue for dismissal for repeat offenders.

The Cape Times reported earlier this year that the Western Cape had the lowest number of pupils who had experienced corporal punishment.

A total of four percent of pupils in the Western Cape had experienced corporal punishment at school, compared to the Eastern Cape where 30 percent had experienced it, according to the Stats SA General Household Survey 2011.