Bear Valley Unified School District and the Big Bear Sheriff’s Station are investigating a report of inappropriate conduct by a substitute teacher.

On Oct. 4, just before students left for fall break, deputies were called to Big Bear Middle School by school officials. A 12-year-old seventh-grade student reported that a substitute teacher, Richard Vasquez, made her feel uncomfortable by his actions. According to authorities, the student said Vasquez took her hand and held it. She said the teacher told her she looked cute today, and the student felt very uncomfortable by Vasquez’s actions and things he said. 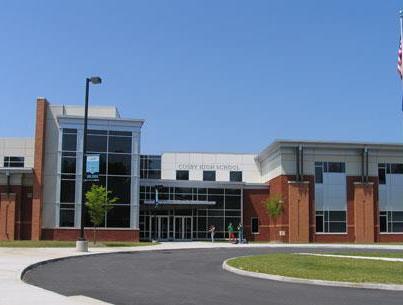 Deputy Alexander Collins met with the student and her father, along with the school counselor Ron Dobis, at the school. Deputies attempted to make contact with Vasquez at the school, but he had already left for the day, according to Tiffany Swantek, public information officer for the Sheriff’s Station.

Deputies attempted to make contact with Vasquez at the address provided by the school district as his residence, but it was vacant. Swantek said the deputy interviewed Vasquez by phone and a report was issued citing Vasquez with a misdemeanor charge of Penal Code 647.6, annoying or molesting a child.

Swantek said the report is with the district attorney’s office for review. If the DA chooses to file charges, a warrant for a citation is issued ordering Vasquez to appear in court, Swantek said. She said it’s important to note that the penal code section is not related to sex crimes. The case is still under review by the DA as of Oct. 16.

Kurt Madden, superintendent of schools, said he was notified of the incident.

Vasquez is a former full-time teacher who was laid off during staff reductions last year. He and four other teachers are on a substitute list who are given preference when a sub is needed in the district, according to Tim Larson, director of personnel and educational services.

The five are on what’s known as a 39-month rehire list, Larson said. It includes teachers who were recently given pink slips. If a full-time position opens up that one of the five on the list is qualified for, the teacher is contacted and offered a position, Larson said.

Substitutes are contacted via a computer program. If a teacher is going to be out, he or she enters his or her absence into the program. The five on the preferential list are contacted first. If none of those are available, then anyone else on the sub list may be contacted. The remainder of the list has no priority.

To become a teacher, full-time or substitute, a number of steps are necessary, according to Larson. All potential teachers must submit to a Department of Justice background check.

Those who aren’t automatically put on the substitute teaching list as a former teacher, must go through an application process that includes a fingerprint scan. Subs must have a college degree and pass the California Basic Educational Skills Test, better known as CBEST. The process is governed by the state of California.

Larson said anyone who applies for a substitute or full-time teaching position with the district must be fingerprinted as part of the screening process before being hired. This includes a teacher who has been with another district, Larson said.

The district is investigating the allegations and they are taken very seriously, Larson said. He said the investigation is being aggressively pursued to resolve the matter.