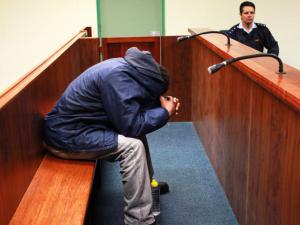 Saba’s decision was welcomed by NPA and the family of the accused.

Saba, said, “Evidence put before court by the complainants were clear and loyal. Their statements were corresponding”

The rapes only came to light at the beginning of February 2010 when one of the victims told a friend of their ordeal, following which the friend told a teacher who reported the matter to the police.

Gagu was arrested in his home at Oudtshoorn 6 May 2010, after he run away from Enkanini in Khayelitsha following the accusations.

Gagu would ask two of the girls to stay behind after class to help clean up and then lock the door and rape them. He would them bribe them to obtain their silence or threaten them with a knife and tell them he would kill their family members if they told anyone.

Gagu has a previous conviction of sexual assault in June 2009 for which he received a five year suspended sentence.

Gagu’s aunt Nosango Matolweni, 64, said the conviction was “painful” but she believed Gagu was guilty.

“The family is talking about this but they scared to come here. We know he raped those children,” she said.

“What happened to these families of Khayelitsha was very bad. The families trusted him (Gagu),” he said.

Judgement was set for October 29.