Erica DePalo, 33, has been arrested in New Jersey after allegations she carried on an affair with a 15-year-old student in her classes.

DePalo was named “Teacher Of The Year” in Essex County just last year, and, at the time she received the honor, NorthJersey.com reports the educator as having said: 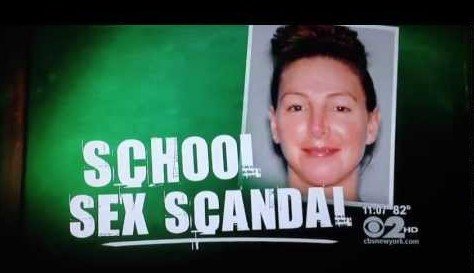 “I am merely a representative of all the hardworking dedicated teachers, especially those with whom I work at West Orange High School … teachers who are committed to their students, who consistently advocate for their students, and who exceedingly go above and beyond their everyday duties and job descriptions.”

DePalo was arrested Friday night at about 7:30 pm after the allegations came to light and subsequently suspended from her job at West Orange High School. According to the local news site, DePalo was charged with first-degree aggravated sexual assault, second-degree sexual assault, and endangering the welfare of a child after it was alleged she was sleeping with the 15-year-old student in her advanced-level English class. Authorities have not named the student due to his age and the nature of the case.

Back at the time DePalo earned the prestigious award, she was quoted as saying:

After her arrest for having sex with the underage student, DePalo’s bail was set at $100,000. Authorities would not say how the allegations of sex with a student were brought to their attention.