AFTER one high school teacher from the state’s southwest spoke out about the effect of unruly students on learning for all, Premier Campbell Newman has responded, saying suspending students is not the solution to bad classroom behaviour.

Instead, the Premier believes his Government’s controversial promise to hand some state schools autonomy, including the power to hire staff, could deliver better results. 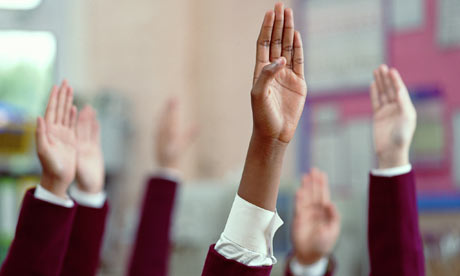 Mr Newman’s comments came after high school teacher Paul Cavanagh spoke out via The Courier-Mail, warning badly-behaving students were a glaring issue impacting the learning experience of other pupils.

“Long-term suspensions how does that help?” Mr Newman told 4BC Radio.

“We’ve got a person who is missing out on an education that somehow we’ve got to get back into the system.”

He said the Government’s Independent Public Schools initiative would give schools the power to “make their own call” in relation to behavioural issues.

“So, for example, rather than employ a person in a particular field in the school, they could actually have someone who’s really good at inspiring and motivating kids and dealing with problem students,” he said.

“So you could put your emphasis over there and it would be up to the school board and the principal and the senior teachers to make those calls on things.”

Mr Newman said parents must also support schools in any action they take against misbehaving students.