AT LEAST 20 sexual assault cases against teachers in the Umlazi education district in Durban are still pending, with the youngest victim being a six-year-old pupil.

But in all these cases teachers have been let off the hook due to a lack of evidence or, according to the KwaZulu-Natal department of education, because parents made deals with the alleged perpetrators to pay “damages” in the form of inhlawulo.

The victims are also often scared to testify against the alleged perpetrators because most schools have “cabals” of teachers, who act as prosecutors and interrogate the pupils in staff rooms to protect colleagues. 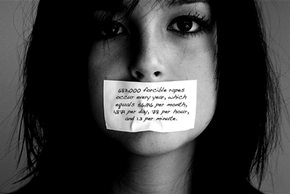 The Umlazi education district is the biggest in the province. According to a source, 20 cases have been laid against teachers. The source said the cases were just the tip of the iceberg.

He said the department of education had also noticed a trend in which former model C schools no longer reported sex-related cases.

The schools allegedly tell parents that they have “mechanisms to deal with such cases”, the source said, adding that in some cases perpetrators negotiate with parents and urge them not to pursue the charges … in exchange for inhlawulo.

“There is one case in the district in which a teacher impregnated a pupil, but paid ilobolo,” the source said.

A parent, whose child was allegedly assaulted by a teacher, said yesterday that her child was victimised two times at school.

“She was sexually assaulted by a teacher, then other teachers interrogated her and threatened to kill her if she continued with the case,” the mother said. “My daughter was moved to another school because it was unsafe for her.”

The mother said her daughter was still traumatised by the incident.

“She received support from the district office and the Thuthuzela Care Centre at Mshiyeni Hospital. Though she seems to be coping, we want justice done,” she said.

But Mlotshwa denied that the department was aware of the 20 cases.

“We know of about seven cases at Vukuzakhe, Mawelewele, Yellowwood Park and Zwelethu high schools, the Isidingo Primary School and at two other schools that I still have to confirm,” Mlotshwa said.

He said the most recent alleged rape case was that of a six-year-old pupil at Isidingo Primary School.

(Education) MEC Senzo Mchunu is on record as having said that even if the alleged perpetrator pays ilobolo, it does not mean a thing – “sexual relations or romantic relations with learners are against the law”. .

“We (Umlazi) have one of the highest number of cases. The problem is very huge. Some cases are also not reported because perpetrators manipulate victims.”