A former substitute teacher is accused of raping a woman after a bachelorette party in Bricktown, police said.

Oklahoma City police arrested Terry Dwayne Crigler, 46, on one complaint of rape after a woman told them she woke up at the home of a man she did not know as he was having sex with her. The woman, 22, had been kicked out of a Bricktown bar for intoxication before the incident, she told police. 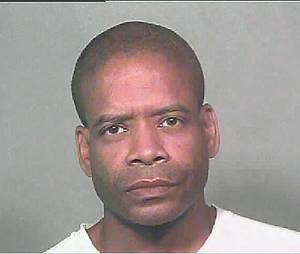 Police responded to the home in the 2000 block of NE 16 about 10:30 a.m. Saturday after the victim walked outside and used a neighbor’s phone to call her boyfriend. The boyfriend called police.

Crigler told police he put the woman in his car and took her home to help her after she fell down. He did not answer when an officer asked why he didn’t call 911 or the hospital.

Crigler worked as a substitute teacher 58 times last school year in the Putnam City School District, said Steve Lindley, the district’s spokesman. Crigler listed the district as his place of work in a police report, but substitutes are not district employees, Lindley said. They must pass two background checks to teach for the school system, he said.

“It’s disturbing, but it’s not our job to determine guilt or innocence. It’s our job to protect children,” Lindley said. “Any teacher who gets in a situation of this kind is put on an inactive list. They can’t teach at our schools again, until and unless there is evidence that completely clears them.”