A teacher of the year arrested for sexual battery allegedly had an inappropriate relationship with a child three years earlier.

Information released by the Duval County Public School district Wednesday details an incident reported in October 2009 alleging an inappropriate relationship between Christopher Bacca and a student. 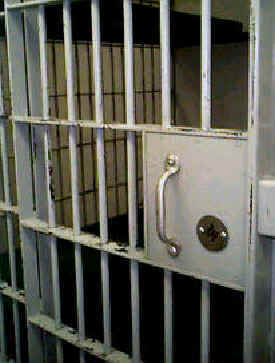 At the time, Bacca was a 4th grade teacher at Long Branch Elementary, according to DCPS spokeswoman Jill Johnson.

“We immediately removed the teacher from the classroom based on those allegations,” Johnson said.

The report was investigated by the Department of Children and Families. The agency said the child confirmed spending nights alone with Bacca and sleeping in the same bed.

The child denied sexual contact, according to the report.

No criminal charges were filed. According to the report, the Department of Children and Families recommended Bacca be assigned to a “less vulnerable” student population.

In January of 2010, Bacca was transferred to Windy Hill Elementary following instructions to have no further contact with that child and a written reprimand, according to Johnson.

“Had they known about that, I promise you my nephew would not have been in that class,” said Karen Davis, who said her nephew was in Bacca’s class last year. “He was very liked. Very. It’s a shock.”

Although Davis called Bacca a good teacher, she believes the school should have disclosed the 2009 investigation to parents.

“It was just crazy that this happens just out your back door,” Davis said. “You would have never, ever, ever thought it would have been him.”

Johnson stressed all teachers go through a background check and said Bacca had no criminal record prior to being hired in 2008.

In the information First Coast News received from DCPS Wednesday, there is a letter from Bacca in which he responds to the allegations. It is not clear to whom the letter is written.

In that letter, Bacca said it is true that he has a special bond with the child, saying: “This bond stems from the close relationship that I and my family have to his mother and his entire family. I cannot have this connection with every child. I simply do not have the time or money.”

He goes on to say his relationship with the child would not change, nor the commitment to his family.

Bacca remained in jail Wednesday night. His total bond was set at $750,000.