Rachinski, who was sent a summons to appear, remained released on his own recognizance. He hired defense attorney Larry Stephenson to represent him. 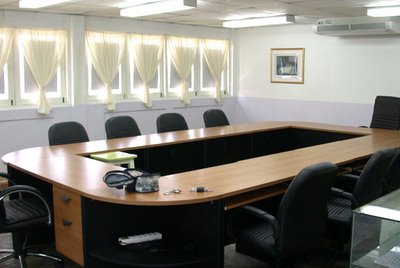 Rachinski was charged June 20, 10 days after the alleged sex abuse occurred and a day after he turned in his resignation to the Richland School District.

The school board approved his resignation at a special meeting June 20. Rachinski was a foreign language teacher at Hanford.

He had worked for the district since 1994.

Documents claim Rachinski later apologized to the teen for sexually assaulting her and said he had never done that before. The victim said she was going to tell someone at school, so he went to Richland police on June 12 and reported it, documents stated.

He allegedly admitted to the assault but said the victim provoked him to do it.

A 40-year-old Kennewick woman pleaded innocent to accusations that she participated in a three-hour photo shoot with a young teen girl who allegedly was told to pose seductively in lingerie.

Suzette Angela Razzolini made her first appearance Thursday in Benton County Superior Court, where she is charged with sexual exploitation of a minor. Her trial is Sept. 10.

Razzolini was charged with the crime after the video of the photo shoot was found by police during a child molestation investigation involving her husband.

Daniel Paul Devorkin, 49, since has pleaded guilty to attempted child molestation and sexual exploitation of a minor involving the same girl.

In the video, Razzolini can be seen posing with the girl and an older teen, while also instructing them what to wear and how to model, court documents said.

Devorkin took pictures and shot the video, which also shows the couple providing alcohol to the younger girl and drinking it with her, documents said.

The girl became intoxicated and allegedly changed her lingerie in front of the couple while the camera was rolling. Prosecutors allege that Razzolini not only knew the photo shoot was being recorded, but at times also appeared naked or wearing lingerie while posing seductively with the teens, court documents said.

The older teen is not included in the charge because she no longer is considered a minor.

A 19-year-old Richland man accused of robbing a man after allegedly arranging to sell him a computer will stand trial Monday after rejecting an offer to settle the case.

The gun enhancement means Cordova would serve a longer sentence if he is convicted.

Bloor told Matheson that he’s ready to go to trial Monday, but a number of trials are scheduled, including another case involving his defense attorney.

Bloor said they likely would pick a jury Monday, then return to court at the end of the week or the next week to start testimony.

Cordova is accused of stealing $500 and an iPhone from Rafael Gonzalez, who thought he was meeting Cordova to buy a $200 computer, court documents said.

Gonzalez and Rafael Roman went to a room at the Economy Inn in Richland where he was supposed to meet Cordova, and Cordova was there with two other men who reportedly pulled guns and told them to empty their pockets.

Cordova and the other suspects ran from the motel. Cordova was arrested a couple of weeks later.

When asked if he could afford to hire his own attorney, Baune told Judge Craig Matheson that he was unemployed but involved in a “mental health program that helps me out with some costs.”

Baune, who apparently lives in an assisted living home for people with mental health problems, is accused of sexually assaulting the girl last summer. The girl reported the assault to an adult last July, court documents said.