Was he simply a bad teacher who couldn’t manage his class, or did he sexually assault young students over the course of several years as a substitute teacher in School District 43?

That is likely the question a judge will ponder over the summer, as the trial for former teacher Aleksandr Plehanov wrapped up in Port Coquitlam Provincial Court Wednesday. 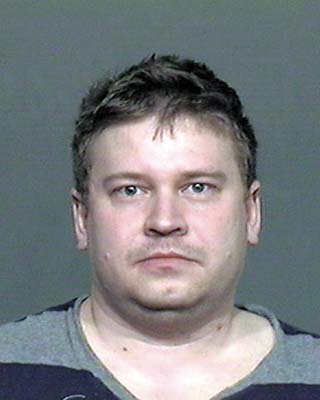 The Crown finished its case by alleging Plehanov had a pattern of conduct that was at minimum sexual assault, also going to great lengths to show the victims were independent of each other.

Plehanov faces five charges of sexual assault, five of sexual interference and one of criminal harassment.

A verdict in the case is expected in early October.

The defence then presented its closing arguments and submissions, suggesting the statements by the children against Plehanov were neither credible nor reliable.

Instead, the defence suggested that other teachers and school officials thought Plehanov had poor classroom management skills until the allegations came forward.

Defence lawyer Lisa Helps also suggested even if the judge does find the children’s statements to be credible, there was still no sexual intent.

She said Crown failed to prove the touching would have caused sexual gratification.

“There is nothing in this case that shows intent where Mr. Plehanov is concerned,” Helps told the court.

Outside the courtroom, the father of one of the alleged victims, who can’t be identified, said he’s glad the trial is over, but isn’t sure what kind of verdict will be delivered.

However, he said he wasn’t buying the defence’s argument that Plehanov had bad classroom management skills.

“Something [allegedly] happened that shouldn’t have happened,” the father told The NOW. “You don’t [allegedly] touch children that way.”

He said he is also interested in seeing what the district and the college of teachers will do once a verdict is returned, suggesting there wouldn’t be many parents comfortable with Plehanov in the classroom.

A total of 32 witnesses testified during the trial, which lasted nine days.

The trial began in January, but was adjourned a few weeks later until June.

Much of the testimony in the trial came from the alleged victims.

In court, one alleged victim testified that during one encounter, the teacher rubbed the eight-year-old’s buttocks for a few seconds and then moved to the front of her body, rubbing around her pelvic area.

Another girl, a seven-year-old, said Plehanov had touched her as well. Four other girls came forward with allegations involving Plehanov touching parts of their body.

According to the B.C. College of Teachers’ website, Plehanov’s teaching certificate has been suspended since May 2010 because of disciplinary proceedings and he is currently ineligible to teach in B.C.

The Crown finished its case last month, while the defence has decided not to present any evidence.