A teacher at Fontana’s AB Miller High School has been arrested and accused with instructing summer-school students to carry out sexual forms of hazing against other students.

Police believe that teacher Emmanuel Delarosa, 27, facilitated the hazing carried out by students to “limit behavioral problems within the classroom,” according to Fontana police. 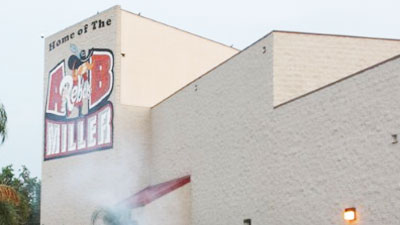 Fernando Salgado, an 18-year-old student, and three others have also been arrested.When asked Sunday, Fontana Lt. Robert Ratcliffe said Salgado was arrested on “charges related to the assaults and child endangerment.” According to booking logs, Salgado was arrested on suspicion of attempted sodomy with a person under 18-years-old, mayhem, rape and child cruelty with the possibility of injury or death.

Salgado was booked at West Valley Detention Center in Rancho Cucamonga. His bail was set at $100,000 and he remains in custody.

The events leading to Salgado’s arrest began Friday, when Fontana Unified School District officials notified police of a hazing incident involving the assault of at least one student, who sustained minor injuries, according to news release from the Fontana police. District officials investigated and learned that several students and a teacher initiated the hazing.

The hazing that occurred in a single classroom at AB Miller High School involved a single summer school class that began on May 31, according to the statement.

Fontana detectives had interviewed “numerous” students from the summer school class and determined that there were four students who actively participated in the “assaults,” police officials said.

Delarosa, who also runs a masonry construction business, had knowledge that the assaults took place and in at least one instance, he may have directed students to assault another student “due to behavioral issues,” according to the news release.

Police do not believe any other district employees were aware of the assaults. They also do not know if the hazing occurred during prior classes Delarosa taught or if other students were victimized.

Officers arrested Delarosa Saturday at his Rialto home on suspicion of child cruelty and booked him at West Valley Detention Center in Rancho Cucamonga. He posted $100,000 bail early Sunday morning and is now free.