The mother of an alleged sex abuse victim filed suit Wednesday against the Miami-Dade school system claiming administrators failed to protect her daughter from a sexual predator: The girl’s Physical Education teacher.

“My first reaction, my first thinking was, if I could, I would kill him,” said the 12 year-old’s mother, whose name is being withheld to protect her daughter’s identity. 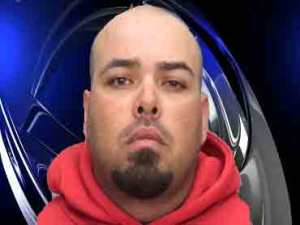 Teacher Carlos Usatorres was arrested in February 2010 on multiple counts of sexual battery on a child. He had allegedly carried on a months-long, Lolita-like affair with the student who he seduced in his office at Miami Springs Middle school.

According to the suit filed against the school system, the principal at the school, Maria Mason, was aware that Usatorres had been inviting girls to change into and out of their gym clothes in his office. There were campus rumors of other inappropriate behavior.

The suit alleges the principal called Usatorres into her office and spoke to him.

“All that happened was he was told to stop having girls change in his office,” said Jeff Herman, the attorney representing the girl, “Jane Doe,” and her mother. “There was no enforcement, there was no follow-up.”

Usatorres allegedly went on to engage in a sexual relationship with the girl from spring through December of of 2010.

According to the suit, the affair was exposed after another teacher at the school made an anonymous complaint to the principal. The girl was called in and admitted to the liaison after first denying it.

“He had told her, ‘Don’t tell anybody. If you tell somebody, then I can’t meet with you anymore,’” the mother said Wednesday. “He was grooming her.”

“Schools have a responsibility to protect their students,” attorney Herman said. He said the principal ignored “red flags” that permitted Usatorres to go on to abuse “Jane Doe.”

The attorney representing Usatorres in the criminal case, Kristine Kassebaum, told CBS4 News on Wednesday that her client is innocent.

“I don’t believe it happened. That’s why there are no other witnesses,” Kassebaum said. “He’s not guilty.”

The alleged victim’s mother says her daughter has been left scarred for life.

“I think she will, for the rest of her life, deal with it,” the mother said. “She’s not a child anymore.”

Usatorres is set to stand trial next month.

The Principal, Mason, asked to be transferred to another school and was. She now is the principal at Silver Bluff elementary school. She did not return calls seeking comment.

The school system issued a brief statement saying no administrator was aware of the alleged relationship between the P.E. teacher and “Jane Doe.”