A San Marcos elementary school teacher and basketball coach is being investigated in a possible sexual assault case after a student’s parents reported an inappropriate relationship to school district officials.

Steven De Leon, 39, has not been charged. He resigned from his position as a physical education teacher at Travis Elementary School on Tuesday amid allegations that he had an inappropriate relationship with a middle school student, according to a statement issued by the San Marcos school district. 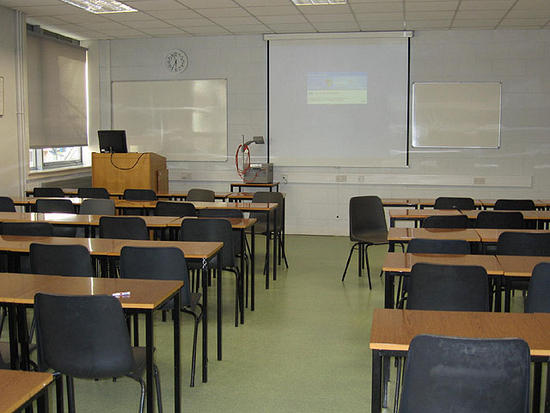 De Leon has worked for the school district as an elementary school teacher for 16 years, district spokeswoman Iris Campbell said. He has taught at Travis since the 2002-03 school year, she said, and at DeZavala Elementary before that.

The parents of the middle school student told district officials Monday that they suspected De Leon of having a relationship with their child last summer, according to the school district.

De Leon was suspended with pay that day and the district started an investigation involving local law enforcement agencies, according to the school district.

As of Wednesday afternoon, no arrest had been made, Martindale Police Chief Harry Juergens said.

“We’re moving forward with this investigation as quickly and diligently as we can,” he said.

The Martindale Police Department is leading the investigation because any inappropriate relations between De Leon and the student allegedly happened in the city, Juergens said. He said his department received the case about 5 p.m. Tuesday.

Administrators recognized De Leon in 2009 for “services ‘above and beyond’ their duties to help community school children,” according to a news release the school issued.

“Mr. De Leon goes out of his way, in every way, to help the students of Travis Elementary: from tutoring for TAKS to coaching an afterschool basketball program just to name a few,” Travis Elementary principal Niki Konecki is quoted as saying in the news release. “He even rides his bicycle to school each day to model healthy lifestyle habits for the children.”

Travis Elementary School parents who answered a call from the school Tuesday evening heard a recording of Konecki reading the statement the school district issued about the investigation, which ended with this: “San Marcos CISD wants to assure the entire community that the safety of our students, faculty, and staff remain our top priority.”